A continuation of my Dimension of dialgue project

Dimensions of Dialogue is the result of two neural networks learning how to communicate through their own visual language. The resulting alphabet is a product of their adversarial and cooperative relationship. Resembling early proto-writing systems such as cuneiform and hieroglyphs, this tablet contains the alphabet of their emergent language.

These were shown at Ars Electonica 2019 and will be in the NeurIPS AI for creativity show. 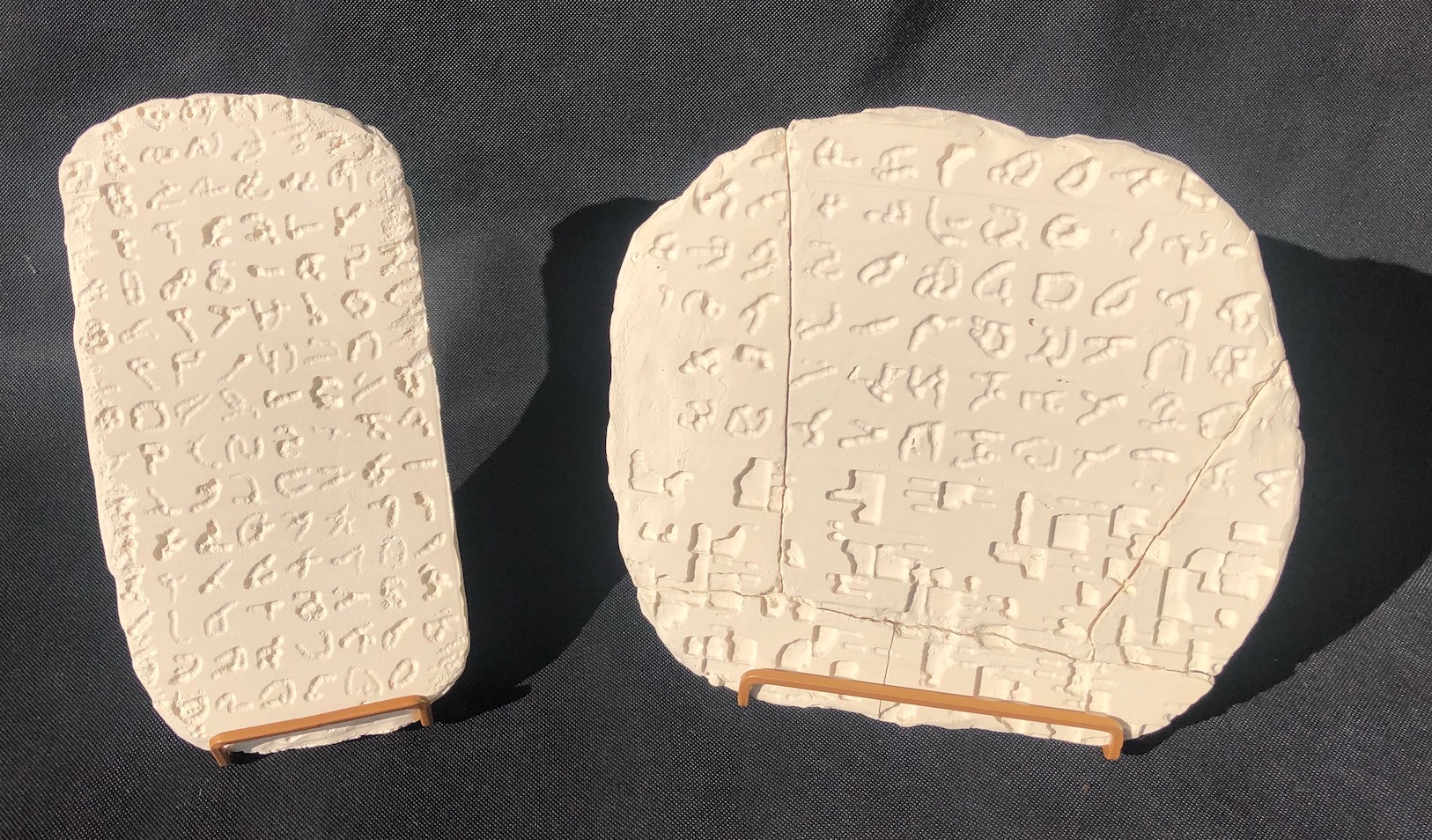 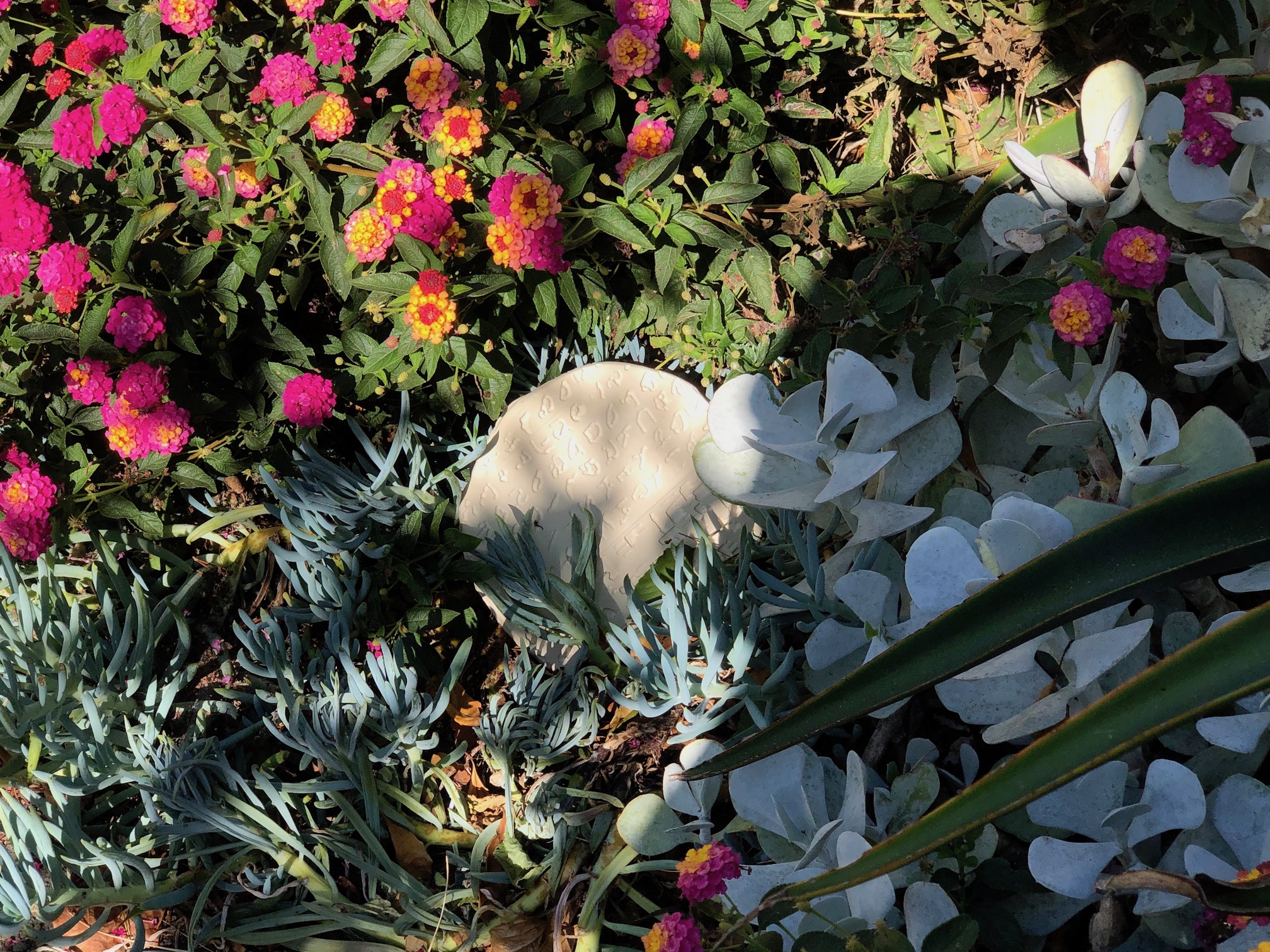 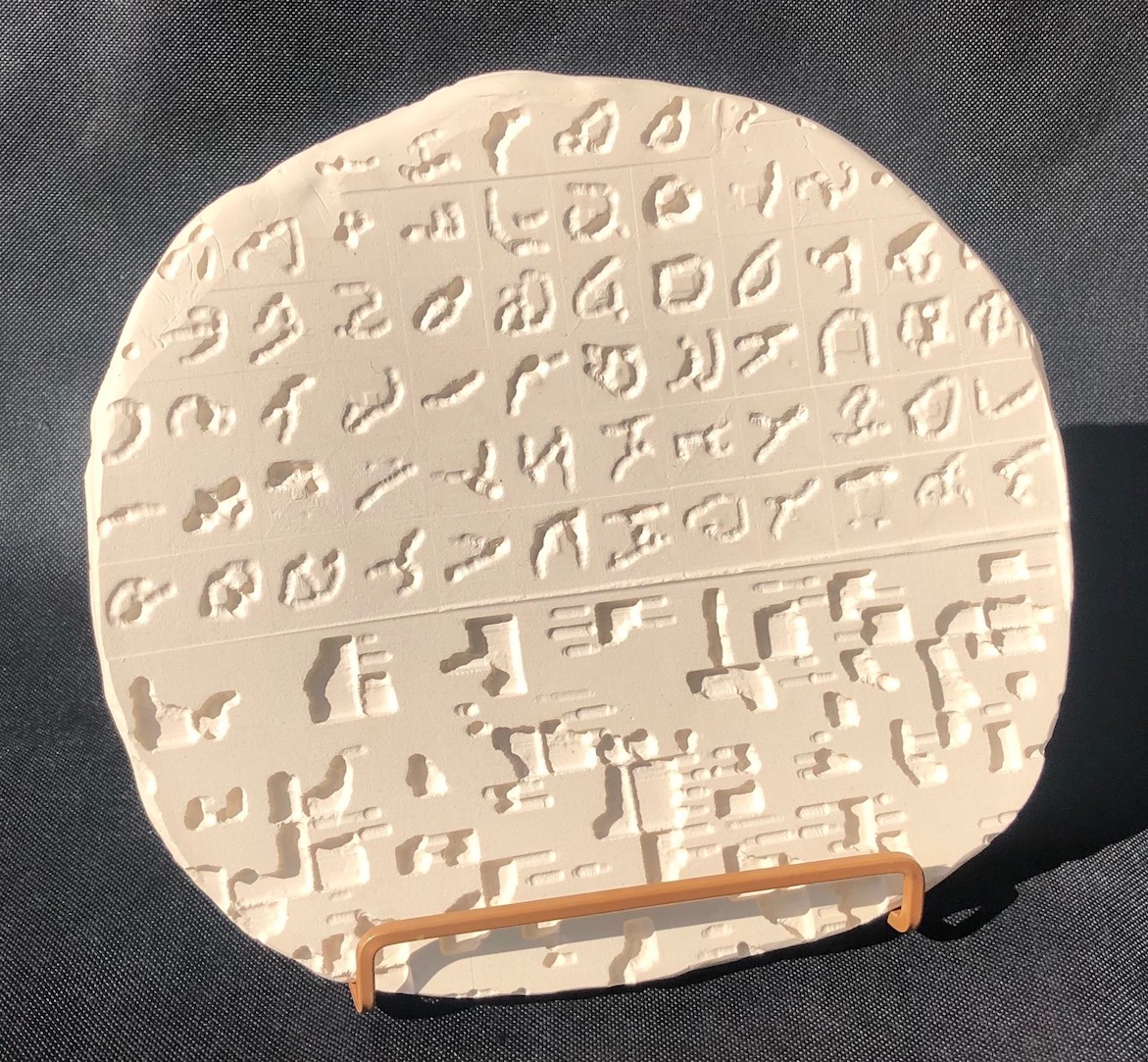 There is also an AR layer (made with@Artivive) displaying the evolution of the languagepic.twitter.com/ontRjHiIoV

The tablets were made by CNCing unfired clay. 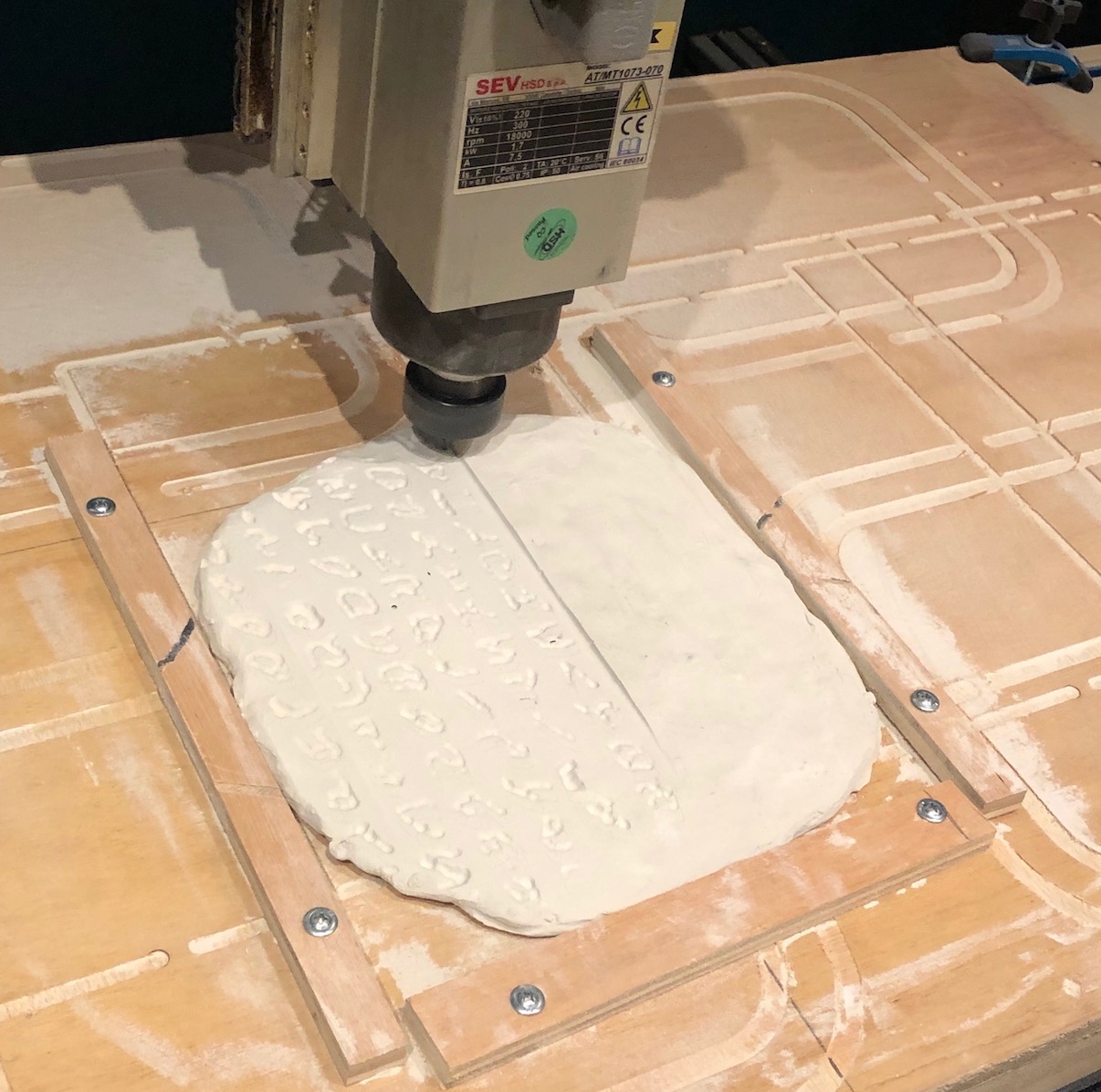